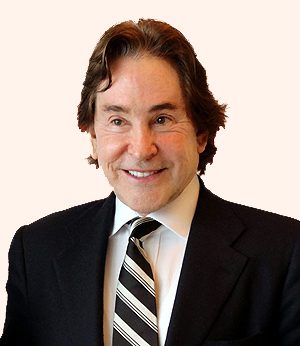 Ty Warner appears frequently on Forbes Magazine's list of the top 400 wealthiest people in the USA. Popularly known as the original creator of Beanie Babies, he is also a generous philanthropist known for donating millions of dollars to the Andre Agassi Charitable Foundation, the Ty Warner Sea Center in Santa Barbara, the American and International Red Cross, The Elizabeth Glaser Pediatric Aids Foundation, the Ronald McDonald House, the Princess of Wales Memorial Fund and others.

Who is Ty Warner? The best answer is "a man of mystery." He lives behind a veil of guarded privacy and rarely grants interviews. The information for this short biography was compiled from several references cited at the bottom of this page.

H Ty Warner was born on September 3, 1944 in Chicago, Illinois. His father was Harold Warner, a toy salesman who worked for Dakin. His mother was Georgia Warner, a pianist. Ty was named by his parents in honor of baseball star Ty Cobb, of the Detroit Tigers. He also has a younger sister, Joyce (Joy). Ty's mother preferred to call him Tyrone.

In 1948 the Warner family moved to La Grange, a village west of Chicago. The new family home was a villa designed by Frank Lloyd Wright, on South 8th Avenue. The Warner family resided at the villa until 1996.

From Kindergarten to the age of 13, Ty attended Cossitt School. At 14, he started at Lyons Township High School (south campus) in Chicago. After three terms at Lyons, Warner went to St. John's Military Academy in Delafield, Wisconsin. St. John's Military Academy confirms that approximately a year later Warner left their school to study drama at Kalamazoo College in Michigan.

Following a year at Kalamazoo College, Warner moved to Hollywood, California in hopes of becoming an actor. The acting career didn't materialize and Ty found himself working miscellaneous jobs as a gas station attendant, grocery clerk and door-to-door camera salesman. In 1962, his father induced him to become a sales representative for Dakin, a toy company based in San Francisco.

Warner remained with Dakin for 18 years. While representing Dakin, Warner achieved a degree of notoriety for his eccentricity. He bought a white Rolls-Royce Silver Shadow convertible and frequently arrived for appointments wearing a fur coat, a top hat and carrying a cane.

Ty said, "It was all to get in to see the buyer. I figured if I was eccentric-looking in Indiana, people would think, What is he selling? Let's look in his case." Paul Roche, Ty's former supervisor at Dakin said, "he was probably the best salesman I ever met."

Warner left Dakin in 1980 and traveled to Italy where he stayed with friends. While in Italy, Ty became intrigued by the different varieties of stuffed cat toys sold in Italy that were not available in the USA.

Inspired by the plush animals he had seen in Italy, Ty returned to the USA in 1983, the year his father died. Using money he inherited from his father, accumulated savings from his Dakin earnings and money from his mortgaged condo, he founded Ty (the company).

From his new home in Hinsdale, Illinois, Ty designed his first product line of plush Himalayan cats. They sold for about $20 each. Ty shipped the cats from his condo until the business got too large.

Ty later said, "At first everyone called them road-kill and told me I was cheap, that I hadn't stuffed them enough. They didn't get it. The whole idea was that they looked real because they were soft and moved."

By 1992, Ty's retailer catalog featured several dozen animals but Ty was focusing on a new product line. He envisioned a small inexpensive plush that would appeal to children who could buy them with their pocket money and carry them around in their pockets or book-bags.

This vision lead to the introduction of the original 9 Beanie Babies in 1993. The Beanie Babies began appearing in stores in early 1994. Initial sales were slow, but when Ty announced the first Beanie Baby retirements, a collecting frenzy ensued that lasted almost a decade. Beanie Babies are the most publicized and widespread toy fad in American history.

In 1997, Ty partnered with McDonalds for a Happy Meal promotion. The promotion was a tremendous success. Enthusiastic collectors mobbed McDonalds restaurants to acquire the new Ty Teenie Beanie Babies. McDonalds had ordered 100 million of them and they sold out quickly.

During the 1998 McDonalds promotion, 250 million Teenie Beanie Babies were sold. This was also the year Ty Inc. sales exceeded one billion dollars, making Ty the most successful toy manufacturer in the world.

In 1999, Ty bought New York's Four Seasons Hotel for 275 million dollars, followed by the 2000 purchases of the Four Seasons Biltmore Hotel in Santa Barbara, California, and the nearby San Ysidro Ranch. Since then he has also purchased the neighboring Sandpiper Golf Course.

During the same time period Ty was diversifying into high-value real estate, the Beanie Baby craze started to wane. Although current sales of Beanie Babies and the other Ty product lines continues at a high volume, the frenzied collecting mania has evaporated.

Ty didn't stop with the introduction of Beanie Babies. Since the successful launch of the Beanie Baby product line in 1993, Ty has introduced numerous additional product lines like Buddies, Beanie Kids, Bow Wow Beanies, Girlz, and Beanie Boos (to name a few). He surprised us in 2010 with Li'l Ones, Beanie Bandz and Beanie Eraserz. Beanie Ballz, Monstaz and the Wild Wild Best collections made their appearances in 2011. Wildz came on the scene in 2012, followed by the the Frizzys in 2014. The Peek-A-Boos appeared in 2015, Teeny Tys in 2016, and Mini Boos & Ty Gear in 2017. 2018 was a busy year, with the introduction of Flippables, Cuddlys & the Ty Fashion product lines. 2019 saw the introduction of Sea Sequins, a line of mermaids.

Mr. Warner continues to live in relative privacy, rarely granting media interviews and hardly ever appearing in public beyond the occasional toy trade show or charity function. People who have met him in person invariably talk about his warmth and friendliness, especially towards children. The following photo shows Mr. Warner at the 2012 Spring Toy Fair in Japan. The photo is compliments of Bottega Beanies 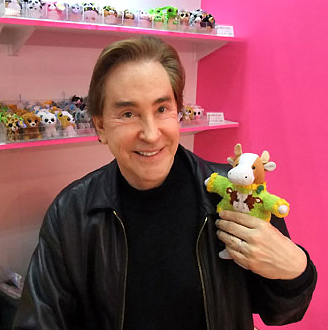 Beyond the basic facts of his birth, schooling and early life's pursuits, the public knew very little about H Ty Warner until March 2015, when a book entitled The Great Beanie Baby Bubble was published by Portfolio/Penguin. The book's author, Zac Bissonnette had spent years researching Ty Warner's history. During his years of research, Zac had scored interviews with Ty's sister, Ty's coworkers and supervisor from Dakin, numerous people who had worked for (or with) Ty to build his Beanie Baby empire, Beanie Baby collectors, and others who had ridden Ty's coattails to success.

Beanie Babies have been popular across several generations and in many cases have benefited charitable causes, paid for college educations and put smiles on the faces of children worldwide. We may not know much about Ty himself, but maybe we can glean more than we first thought by seeing him reflected by his products, especially the Beanie Babies, and more recently, the Beanie Boos.

Thank you Mr. Warner, for all the smiles Beanie Babies have brought to millions of children's faces over the years. If those smiles could be magically transformed into energy, the energy crisis would be over.

The photo below shows Mr. Warner at the 75th Annual Toy Fair in Tokyo, Japan (February 2013). The photo is compliments of Bottega Beanies. 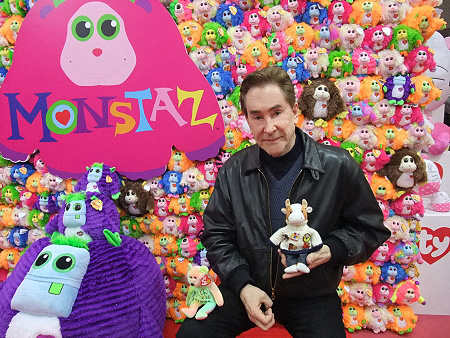 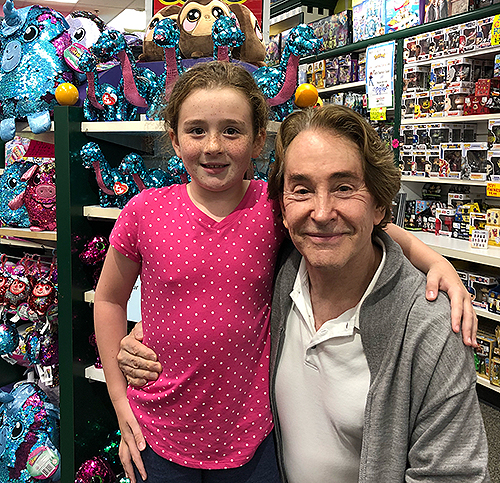